According to the United States Golf Association (USGA), there is no rule on bunker rake placement, and although the USGA places rakes outside of bunkers for their Championships, for daily play the USGA understands that placing rakes inside bunkers is preferred at most golf courses. Placing the rakes inside of the bunker has been the protocol at Olde Florida since its inception in 1993. Among other reasons, if the rakes remain inside the bunker, mowing and mobility of other golf course equipment around bunkers is more efficient.

The bunkers are raked every day at Olde Florida. Each morning after a member of the golf course operations staff rakes a bunker they place all of the rakes on a flat surface several feet inside the bunker. Rakes are not placed along the back edge - in the “line of play”. Placing the rake several feet inside the bunker, on a flat surface, is done to prevent a ball from coming to rest against a rake on a steep slope within the bunker, a hazard. 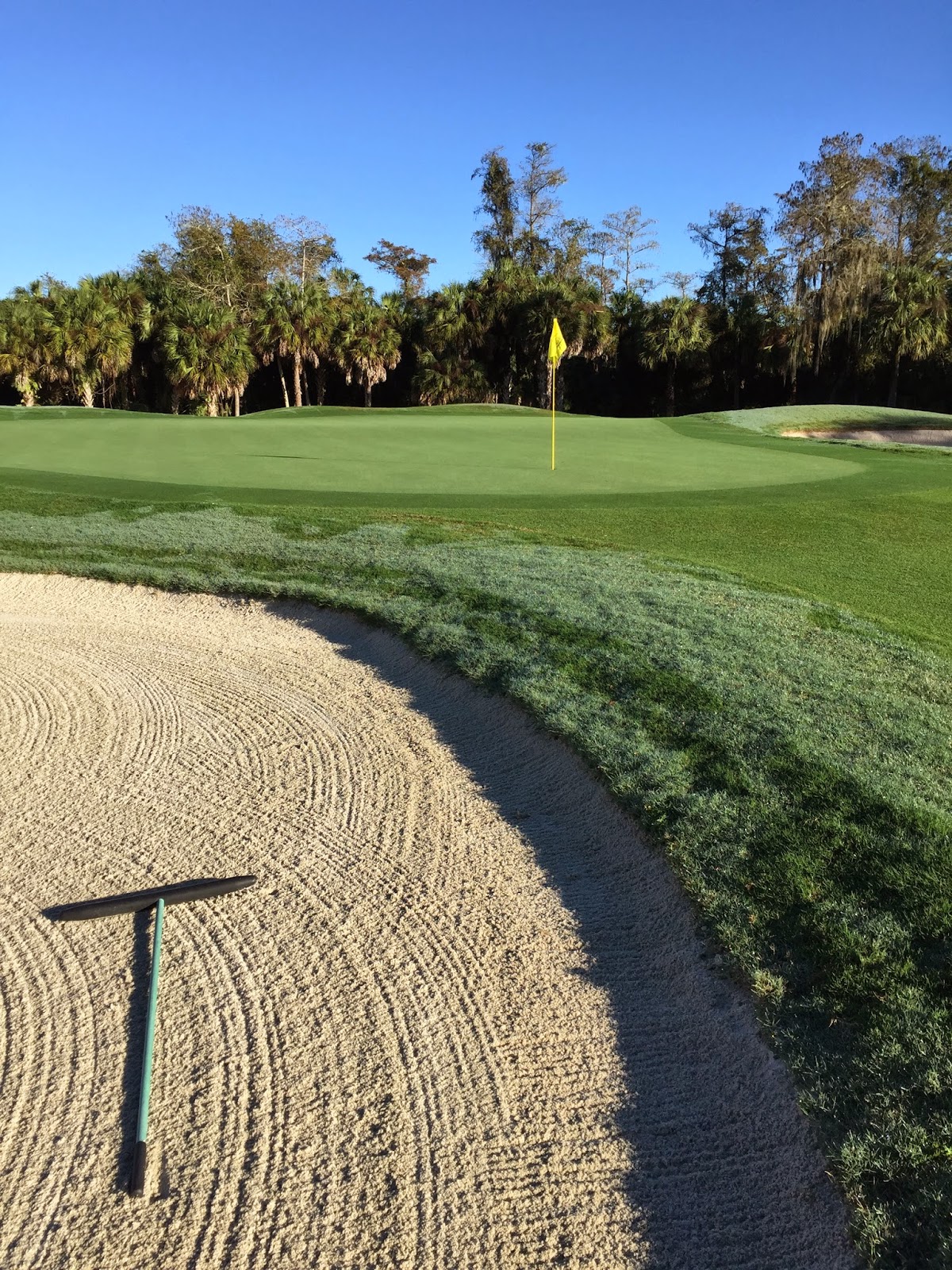 Regardless of bunker rake placement, if a ball comes to rest against a rake, and the ball moves once the rake (a movable obstruction) is removed, the USGA Rules of Golf require that the ball be replaced (see Rule 24-1). If the rake were placed on a steep slope, replacing a ball on the slope is not always possible. If the ball won’t stay where it must be replaced (Rule 20-3d), or anywhere within the bunker not nearer the hole, the player may either drop the ball, under penalty of one stroke, outside the bunker (Rule 1-4; Equity) keeping the point where the ball lay directly between the hole and the spot in which the ball is dropped, or play under the stroke and distance option of the unplayable ball Rule (Rule 28).
Posted by Darren J. Davis, CGCS at 12:44 PM No comments: